Designed in 1930 by Armand Allard at the request of Émile Allais, the AAllard fuseau ski pants revolutionized snow sports while exposing themselves as an international fashion statement. Don’t bother looking anywhere else, the one and only authentic fuseau can only be purchased at AAllard on Place de l’Eglise in Megève. And that is not about to change…

Armand Allard combined his love of Megève with his friendship with Émile Allais, both were unwavering. The bond between the genius tailor and the ski champion was formed in 1930 and two extraordinary destinies began with their encounter one night. Émile wanted a pant that was more adapted to his favorite sport than the traditional golf knickerbockers that were puffed for no reason, nonaerodynamic, highly permeable, and where snow tended to cling to. He confided in Armand who, with a stroke of his pencil and magical cut of his scissors, met his desire that very night. Later, a variety of cuts and materials were tested on the slopes until the right technical choice could be made. Already, the search for perfection began…

Unknowingly, the AAllard house had just changed dimensions. The first French Alpine ski medal winner recalls (in Allais, la légende d’Émile), “the pants in question were very form-fitting, very narrow at the bottom and Allard had come up with the brilliant idea of stuffing them into the shoe and holding them in place with an elastic under the foot.” That is what Émile Allais wore when he won three Alpine World Ski Championship events in Chamonix in 1937 (downhill, slalom, combined). Consecration was immediate and the Tintin trousers suddenly irrelevant!

Armand Allard dressed the sports elite before quickly charming the Tout-Megève and then the Tout-Paris. Very quickly, French and European ski schools were demanding the new model. It was applauded on the ski jumps where they got their original name “jumping pants”.They would only be known as “fuseau” ski pants later, in reference to their very aerodynamic elongated shape. “At the time, fabrics were not expandable yet and the first fuseau pants were cut from Drap de Bonneval cloth, the famous wool fabric that mountain guides and polar explorers wore to ensure warmth and impermeability”, comments Armand’s grandson Antoine Allard, who watches over the emblematic Megève business day after day. In 1938, the fuseau ski slimmed ankles even more and took on colors thanks to the use of new fabrics like gabardine and tricotine.

But the real winds of change came after the World War II with the appearance of half-wool half-nylon elastic fabrics. They gave the fuseau exceptional freedom of movement. Now the garment offers comfort as it follows the body’s movements,“stretched but never curve-hugging,” points out Antoine, while adding with a smile, “90 years old and not a single wrinkle”.

The prototype would be tested and approved by the Megève ski monitors, snow professionals by excellence. Today, AAllard boasts thirty pants-makers working to meet the orders. Each piece is custom tailored. The double-A company produces hundreds of them each season.

From the ski jump to the catwalk

A new turn in the 1970’s : since their creation the emblem of professional and amateur skiers, fuseau ski pants suddenly glide from the slopes to the couture catwalks where they are the talk of the shows. It is the consecration of a garment, a label and a resort. And also the sign of a deep change in society. Until then, fashion had moved from the city to the mountain. With the fuseau, whose success goes hand in hand with that of the growth of Megève ski resorts it is the opposite that happens.

Over the following decade, this unique design is developed in ready-to-wear in a variety of modern fabrics and worn with the same chic in the city as in the mountains.

2012 honors him in his original village, with the inauguration of a commemorative plaque of Armand Allard’s talent on Place de l’Eglise. It is the symbol of authenticity and modernity.“Part of the secret of the AAllard fuseau pants are their cut that follow the body contour without hugging it. That is because they are adjusted to fit individual measurements. This is how they preserve their exclusiveness, a far cry from mass retail”, says Antoine Allard who also designed a collector series of fuseau ski pants for the 90th anniversary.

Enough to secure, again and again, their first place in the heart of the lovers of beauty and uniqueness. 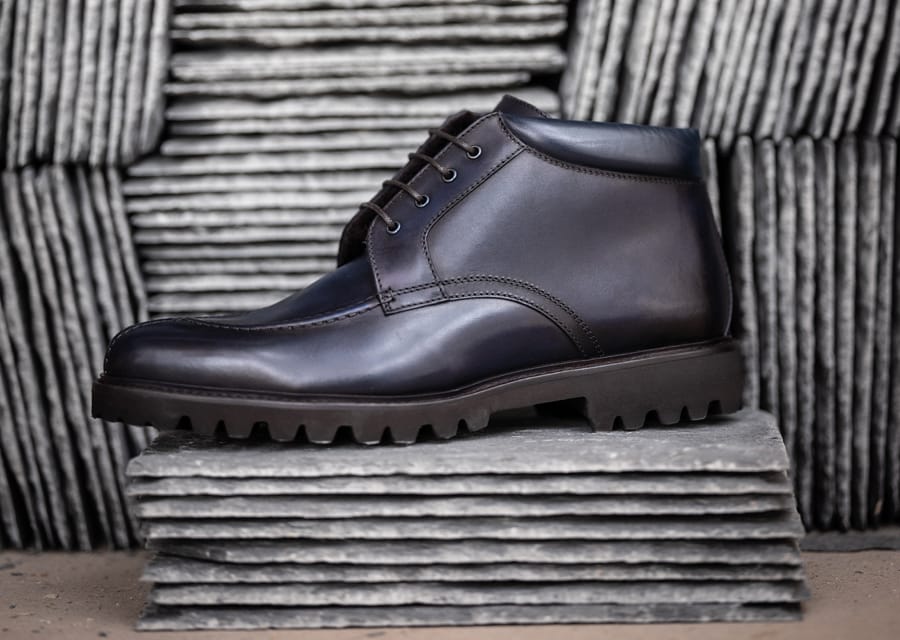 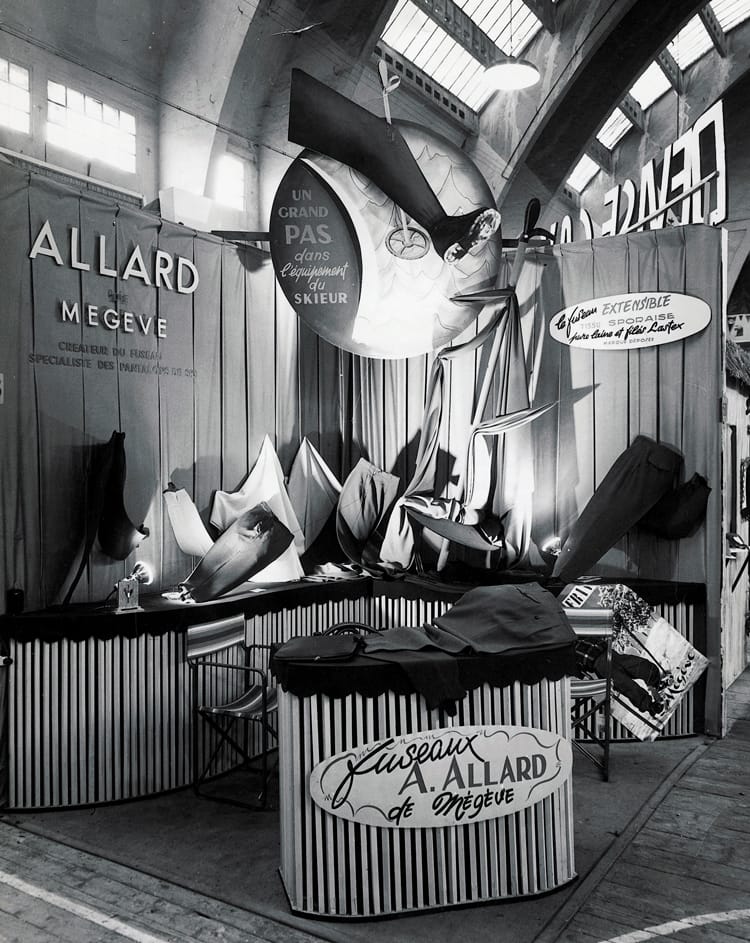